Natasha Fox achieved a career highlight in 2016, winning the national championships and attending the 2016 Olympic games as a training partner for Jill Gallays.

Natasha attributes her success to the strong community supporting her and loves giving back in any way she can, being a role model for active living and healthy lifestyles. Most recently she is sharing her passion for wrestling by starting a team and tournament that now has over 300 children competing.

Natasha has a degree in kinesiology and a degree in education and is currently teaching phyical education in Saskatoon, Saskatchewan.

Natasha continues to train as she has her sights set on the Tokyo 2020 Olympic games.

In 2017 Natasha was the only athlete from Saskathewan to be selected to be an RBC Olympians.

Helping Canadian athletes succeed both in sport and in life. Recruited to work as ambassadors, Olympic and Para athletes gain valuable work experience, while helping bring the Olympic message to communities across Canada.

Chris Getzlaf is a Canadian former professional football slotback who played in the Canadian Football League (CFL) from 2007 to 2017. He was drafted in the fifth round of the 2007 CFL Draft, 33rd overall, by the Hamilton Tiger-Cats, and was later traded that season to the Saskatchewan Roughriders. He has also been a member of the Edmonton Eskimos. Prior to turning pro Getzlaf played with the junior team Prairie Thunder and the collegiate team Regina Rams in his hometown of Regina, Saskatchewan.

Chris Getzlaf was then traded to the Saskatchewan Roughriders with Corey Holmes in exchange for Jason Armstead on August 19, 2007. While he was on the practice roster during the Roughriders' 2007 Grey Cup victory, he still shared in the win, meaning that both he and his brother, Ryan, ended up 2007 champions with their respective teams.

Getzlaf started the 2008 season on the practice roster, but with a rash of injuries at the receiver position, he was pressed into action, making his Riders debut on Oct 3, 2008. In this game against the Calgary Stampeders, he recorded his first career CFL catch and touchdown, finishing the game with five catches for 47 yards and a touchdown. He dressed for the final five games of the season, finishing with 15 catches for 247 yards and two touchdowns. He also contributed one catch for 13 yards in the Roughriders' loss to the BC Lions in the 2008 West Semi-Final. 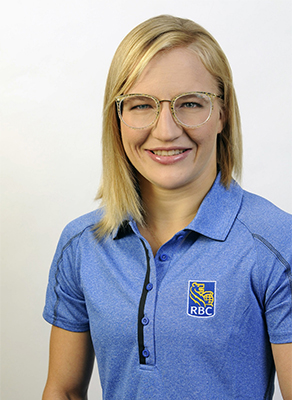 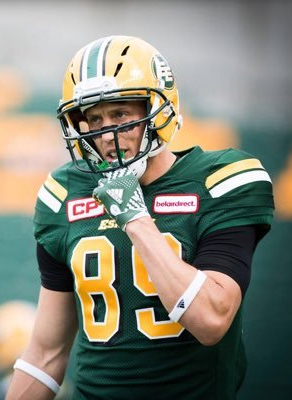 Kin Canada is an all-Canadian service organization made up of dedicated member volunteers who serve their community’s greatest need through hosting and sponsoring events and community service projects. Since its founding, Kin, Kinsmen and Kinette clubs across Canada have contributed more than $1 billion to Canadian communities and disaster relief programs beyond our borders.